The Grown-Ass Woman’s Guide supports women over 40 in achieving their dreams through coaching, collaboration and community. Cut through the constant noise and clutter, get clear on who you are and what you really want next and ACTIVATE what’s brewing inside you. 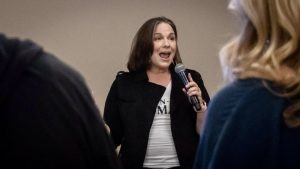 Jackie MacDougall’s career is a lesson in grown-ass woman transitions. A broadcast professional for over 20 years, Jackie has been the driving creative force on major projects for NBC, Warner Brothers and Disney, to name a few. Helping to establish the brand and build an online presence for A-List talent, Jackie is the go-to person to help people tap into their unique voice and build a thriving community.

In 2009, Jackie’s TV career took a digital turn when she was hand-picked by Warner Brothers as the founding editor of Momlogic, a community of millions of mothers from all walks of life and in all stages of motherhood coming together to share their experiences. This is where Jackie learned the true power of giving underserved communities a voice and the importance of authenticity, one of her trademarks.

An open book herself, Jackie launched the podcast Broadscast, with Kim Goldman in 2011. Early adopters to the podcasting world, Jackie and Kim quickly built an actively-engaged community of thousands of followers. Their show was picked up by radio stations across the country and the hosts were never afraid to tackle difficult subjects. As a host, Jackie has interviewed numerous celebs, politicians, newsmakers and authors — strong personalities who make and break news. Jackie can be seen sharing her own unique opinion and experience in the media on outlets like CNN, Good Morning America, Fox, The Ricki Lake Show, On-Air with Ryan Seacrest as well as dozens of local stations.

Witnessing how deeply engaged the listeners of Broadscast became, Jackie saw a tremendous opportunity to create a ripple effect of impact and began to make it her life’s work to empower women from all walks of life to find their voices and build their own thriving communities.

Jackie launched The Grown-Ass Woman’s Guide (formerly Forty Thrive), an enthusiastic community of women who are committed to getting their proverbial sh*t together.. A true mentor and creative leader, Jackie provides women with the tools and connections they need to take their lives to the next level through the online community and podcast.

As a creative coach and consultant working with high profile professionals, experts and entrepreneurs, Jackie discovered what was really happening whenever she worked with her clients. While women came to her wanting to know what mic to use, and software to download, they actually needed something different — more — than that. That’s when Jackie created her signature programs and began to help countless women figure out what’s next and how to achieve it.

Part coach, part mentor and part instigator, Jackie pulls the best out of her students and gives them the tools to tell their stories and live their grown-ass lives authentically and with no apologies whatsoever.

When you work with Jackie, you get the benefit of 20+ years of professional media, community building, on camera and coaching success. Jackie MacDougall has built a career on authenticity, empowering women and being a creative driving force for major companies, and individuals alike.

How can Jackie help you? 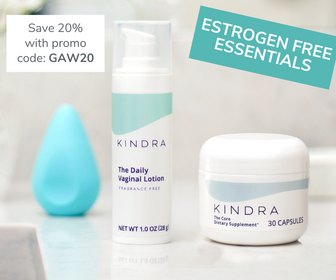